What Distro For A Tablet?

Five days ago on Fosstodon, Pine64 announced the availability of the PineTab. When they first introduced the Pinebook Pro, I hesitated. This time I didn’t make the same mistake.

When Pine64 made their announcement, I was quick to get to the store. Years ago I purchased a Pixel C, and other than the inherent “Googliness” of it, I really like the form factor.

I like the tablet with the detachable keyboard, but I wish it had a “desktop” that I could use and that apps wouldn’t fight me regarding screen orientation. I wish it had a built in touchpad or mouse. I wish Google would support their tablet for more than two years.

In short, it was nice while it lasted, but there were several things about it I would love to improve upon.

Now, my PineTab is coming soon (hint hint hint @Pine64@fosstodon.org), and Pine64 has remedied pretty much everything about the Pixel C that I didn’t like. 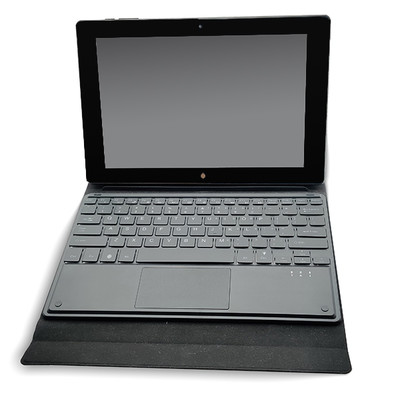 There’s a normal laptop keyboard, a usable touchpad, and a deskto….. er. Wait a minute. What desktop does it have?

Well, it turns out the PineTab comes with UBPorts. I’ve been meaning to install UBPorts on an old Nexus 7 (2013) I have, but my Mom has been using it and I haven’t had access or opportunity, so I’m super excited to try it.

As excited as I am about that opportunity, there are also other versions of Linux that can be used. According to the PineTab Wiki, the device itself will “technically” “use any ARM distro”.

This opens up a world of opportunity.

There are a couple that are specifically designed to work on tablets or phones, like the aforementioned UBPorts, as well as postmarketOS and Arch Linux Arm.

Now I have a conundrum. The PineTab automatically boots from a microSD if a bootable card is found, so I can easily swap different distros in and out as often as I want.

So, where do I begin?

I don't have comments on this site as they're difficult to manage and take up too much time. I'd rather concentrate on producing content than managing comments.