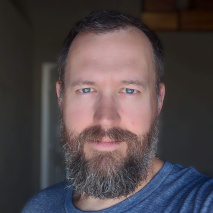 Hi, my name is Mike. I got started in IS/IT as a way to pay the bills while I was learning to code professionally. After college, I dutifully got a job as a programmer working with a company’s proprietary language. It took me three years, but I finally realized that I liked IS/IT work better. I left my programming job and got a job working as a Server Application Support Engineer. Five years later I left that job to move across the country and found a new place that would let me play with their really expensive Linux servers, but only if I promise to write some code to automate their processes and make sure their stuff keeps working. Seems like a fair deal to me.

Once upon a time, I had free time to spare. I kept multiple blogs, each specifically for a particular subject that I found interesting and wanted to talk about. Now, I don’t have nearly as much time, so I’m consolidating down to one blog. This one. Why not just post on social media you ask? I thought that was a great idea too, so my friend Kev Quirk and I founded Fosstodon. Still, there were times where I wanted to say more than a five-hundred character limit would allow. That’s what this blog is for. I’m not planning on sticking to a particular subject, but I expect most of what I post here will be technology related, specifically FOSS. Don’t be surprised if I deviate on occasion.