Today Twitter Support announced a new feature that just might sound a little familiar to people on Mastodon. Strangely, I’m going to talk about Twitter today.

As you compose a new Tweet, you can open replies to everyone, people you follow, or just people you mention.

As an avid Mastodon user (specifically Fosstodon), this rings lots of bells for me. Here are the permissions you can apply to a toot in Mastodon. 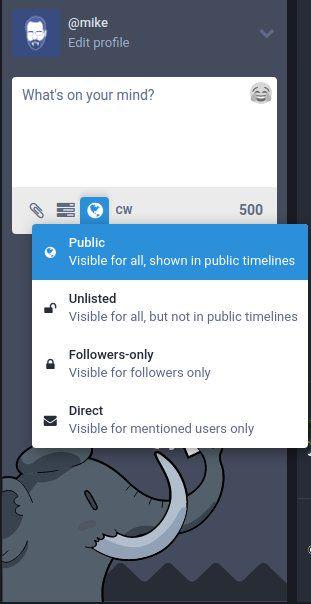 One thing I did note that I found interesting is there’s a slight variation in how things work. Ignoring the fact that Mastodon still has more options than Twitter’s “new” configuration, there’s a deviation between Twitter’s “People You Follow” and Mastodon’s “Followers-only”.

Taking that at face value, Twitter’s new method won’t show tweets to your followers if you don’t follow them back. Instead, people you don’t follow will be able to see the tweet if they happen to follow you.

I’m still turning that one over in my mind, but my initial impression is this: “That’s dumb.”

I’m going to be watching this “new feature” to see how it actually ends up in it’s implementation, but based on the initial announcement I have to say that Mastodon’s implementation is still better.

Here’s where I put in a cheap plug for adding “Instance Only” as an option in Mastodon. This is a feature I’d love to see, and I’m not the only one. I think this is one of the more requested features along with the option to view the Local timeline of another instance in the interface. Which, honestly shouldn’t be a problem if the instance makes the Local timeline public, which many do.

Back to Twitter stealing a feature from Mastodon, but making it less good.

Like I said, I’m going to be keeping an eye on this “feature” to see if they just phrased their announcement wrong. It seems like the way they said it doesn’t make a lot of sense, but that could be the way they want it.