When I finally caved to Kev’s nagging about spinning my blog back up again, I chose Write.as has my platform of choice to get that done. I have reasons why, and maybe someday I’ll talk about it. Today I want to talk about something pseudo-related. Markdown syntax highlighting.

As most of the people who read this will know, write.as uses markdown for it’s syntax. Honestly, when I first fired up my account, I didn’t know much about markdown, and I still have to bring up the cheatsheet more often than I’d like to admit, but I’ve really grown to like it.

Also, most of the people who know me know that I like vi(m), and I use it to edit text more often than pretty much any other editor.

Maybe it’s me, but I just can not get vi(m) to look good highlighting markdown (and yes, I’ve tried emacs). 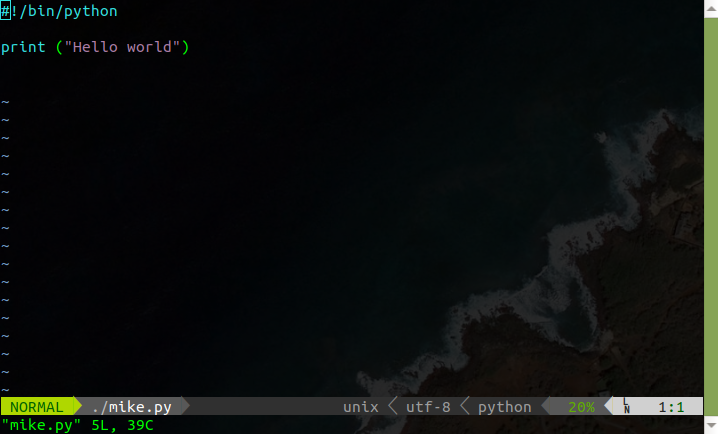 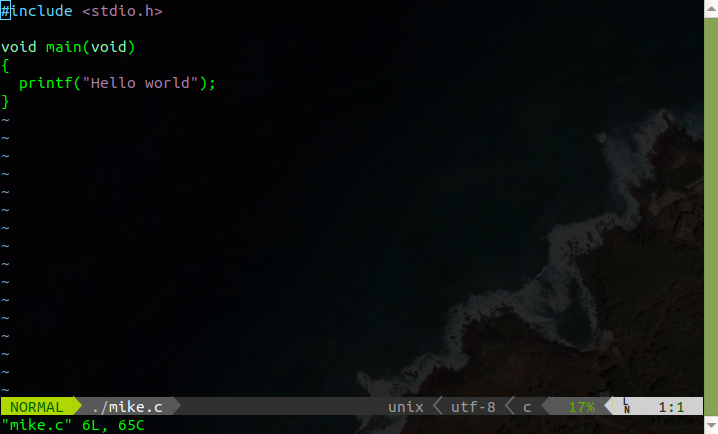 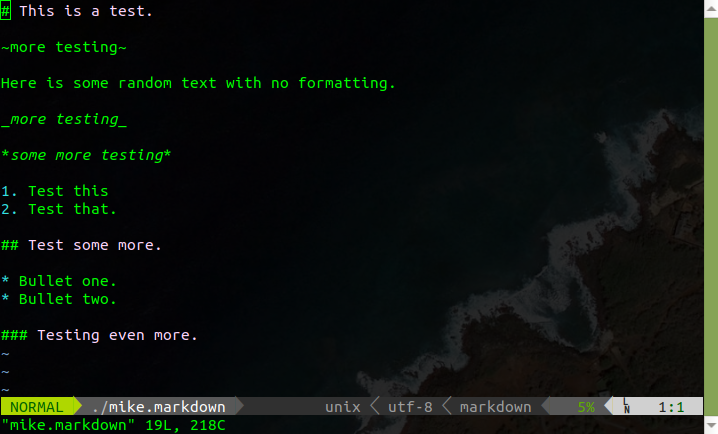 This is even after working on it for a while. I installed the PlasticBoy vim-markdown addon to get this much. Prior to that, it was just plain text. Plain as plain could be.

Because I’ve had so much difficulty with syntax highlighting in vi(m), I’ve been using GUI tools fill the void. The two that I’ve really settled on are Ghostwriter and Typora.

I’ve found both to be really good, and I’ve so far been unable to decide which is my favorite. I write with Ghostwriter more often, but Typora is still in my launcher right next to it.

Do you have a favorite and why?