Not long ago, I wrote a post about trying out Joplin. I'd been looking for a good, solid note taking application, and Joplin really seemed to fulfill my needs. There have been some other really interesting things come to light in the last couple weeks that might erase my need for it though.

Joplin has been a great app for me. I want to stress that I really like it. Despite the fact that it's a great app, I'm not sure I really need it. Here's why.

After I started using Joplin for taking notes, I was also introduced to another application called Zotero by Robert Winter in a post on his blog. 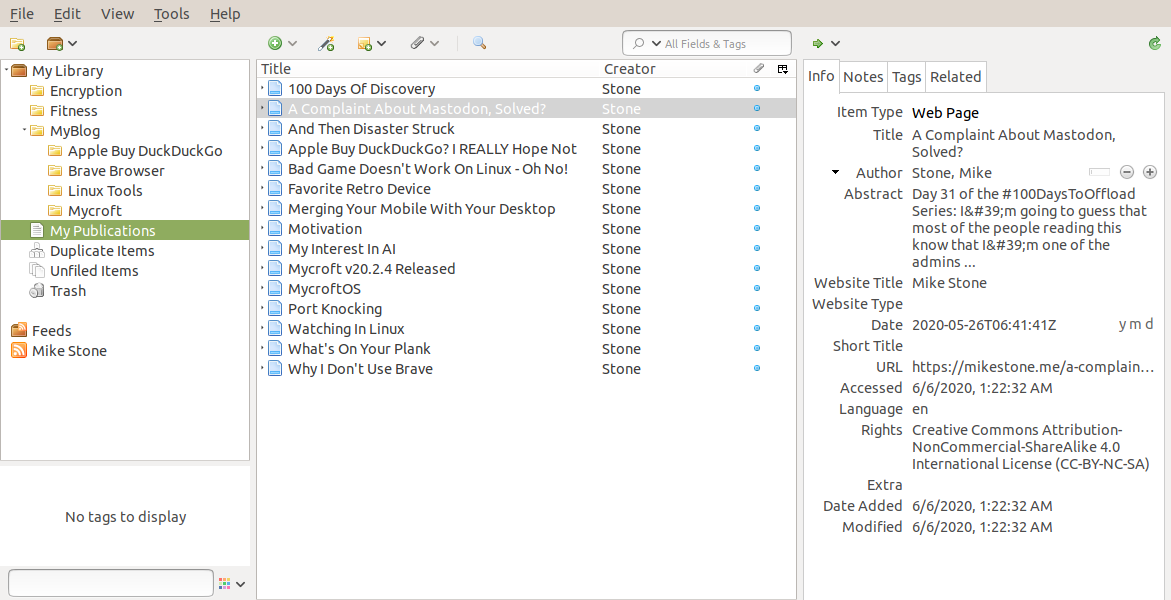 It turns out that a lot of what I was using Joplin for was exactly that. I've found that a lot of my notes have since moved from Joplin to Zotero.

So, what am I still using Joplin for?

Mostly, just quick jot down ideas that I don't really need the sledge hammer of Zotero to accomplish. Grabbing a URL that I don't want to bookmark. A quick quote I thought was clever. That sort of thing.

I love that Joplin is so great at this kind of thing, but then this happened.

The new Notes Manager offers capabilities that feel closer to word processing than to note-taking.

The notes editor displays notes in a full-page with a text formatting toolbar.

There are a lot of features here. So many in fact that Joey Sneddon even joked Vivaldi even includes a word processor now. He's not wrong either. The full page notes editor in the new version of Vivaldi is a solid note taking application in and of itself.

Notes created in Vivaldi are spell checked as you write them, and formatted using markdown. You can use either a “code” view called “Text”, or a rendered version called “Visual”. It's possible to add attachments to your notes and Vivaldi includes the option for a full page, distraction free editor. You can drag selected text straight from a web page directly into a note, and take screenshots of the current page which are automatically attached to the note.

So far, Vivaldi isn't quite as good as Joplin for capturing full web pages and converting them to markdown. That's something I hope they'll improve on, but Zotero is great about that exact feature and I don't really need that feature in a casual note taking application.

Since this is a feature of the browser itself, I don't need to have an extension to make it work, and the notes sync with Vivaldi's normal sync options. This is actually a big deal for me because after three weeks of use, I still haven't been able to get Joplin to sync correctly. The Android application seems like a lost cause in that regard, but Vivaldi's does it already (thought it doesn't quite render the markdown just yet).

All in all, despite the fact that Joplin is a great app, I'm finding myself not using it. I think that if I were using a less capable browser as my go to, or I wasn't using Zotero for tracking my research, Joplin would definitely be a requirement in my life.

As it stands, I just wrote this blog post in the notes editor. I might not need Ghostwriter or Typora soon either.