At the end of December I received a very welcome email from Mycroft. In it, they say that they’re finally ready to ship the Mycroft Mark II. Well, kinda.

For those that didn’t participate in the Mycroft Kickstarter campaign, this is a long time coming. The initial dev kit was supposed to ship in December of 2018.

Well, so was the actual Mycroft Mark II, not just the dev kit version.

I know not everybody pays close attention to the calendar, but it’s now 2021, making the Mark II extremely late. 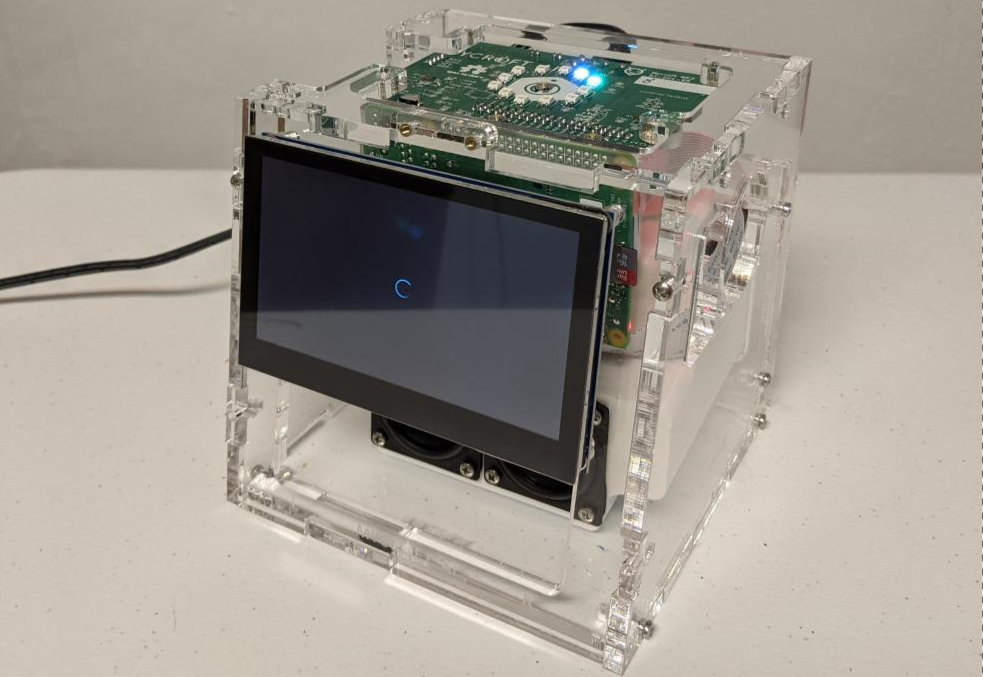 In their email sent in December, they announced the imminent release of the Mycroft Mark II Dev Kit.

If you skipped the Mark II Update above, we are still going to tell you the big news… we are shipping Mark II DevKits this FEBRUARY!

If you backed the campaign and selected a Mark II DevKit you will be receiving an email next week to confirm your receiving address in order to ensure everyone gets their DevKit. This is a very important email so please keep an eye out for it.

We are very excited to be sharing this news and we are even more excited to have Mark II DevKits in the hands of developers all over the world.

I’m super excited about this developement, but the part that I’m more interested in still has no details.

Now that the Dev Kit production is fully under way, we’re turning our attention to the Mark II production. In a way, this is nothing more than higher-volume production of the same product as the Dev Kit. However there’s a lot more to it than that. Starting with the fact that most people don’t want to build their own smart speakers from parts.

The major hardware change from the Dev Kit to the Mark II is the use of an injection-moulded housing. This is not only what people expect for an off-the-shelf product, but it’s a lot cheaper to manufacture in bulk. The first plastic enclosure will cost about $50,000. The second through 10,000th ones will cost about $1 each. Overall that saves about $10 per device in cost relative to the laser-cut enclosures. The second major change is having the whole thing assembled at the factory. There goes our $10 savings in plastics.

But before we commit to the million-dollar outlay for production parts and labor we want to have the Dev Kits in the field for long enough to ensure we didn’t miss anything regarding long-term stability, as well as testing the firmware and software update processes. So while we can gear up for Mark II production by getting the injection moulds underway and qualifying a final product assembly partner, we won’t have a solid ship date until we are confident in the performance of the Dev Kits.

While I understand their desire to make sure the dev kits are all good before shipping their final product, it’s a little frustrating that we’re still at a point in the development of the Mark II where they’re not sure their device is going to even work.

Remember, this was supposed to ship in December of 2018.

I’m still excited to see progress. Any progress. I don’t know how long it’s going to be before they have a solid shipping date for the production versions of the Mark II. How long is it going to take for them to be confident? Their initial dates from the Kickstarter had the dev kits and the production versions shipping the same month. I guess they just didn’t considering their level of confidence at the the time.

Hopefully, it only takes a couple months for them to feel “confident” in their dev kits. That’s assuming of course that they actually work the way they’re supposed to. If something goes sideways with these kits, who knows how long the production release will be deployed by.