Everybody has opinions that may be controversial, and I’m no exception. This opinion used to be more controversial when the memory of Clippy was fresh in the mind of nerds everywhere, but now there are probably some reading this that only know Clippy by reputation. 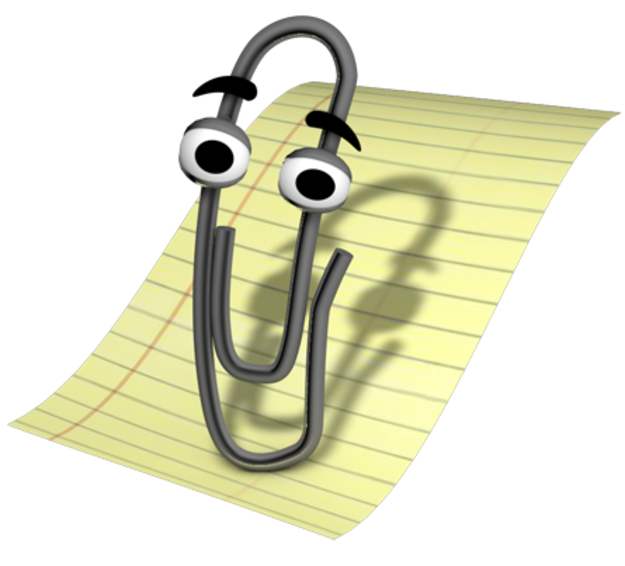 For those that don’t know, Clippy was the default avatar for the Microsoft Office Assistant in Office 97 to 2003. The actual name was Clippit, but if you point that out, most people won’t know or care.

Now, to be fair, the Office Assistant was terrible. It was so terrible that Microsoft even spoofed firing it in an ad campaign.

I draw a line between Clippy itself and the Microsoft Assistant, and try to look at what was intended with Clippy instead of how the botched implementation really set back computer based assistants for a long time.

So, what was the intent of Clippy?

The idea here was to have an assistant that anticipated your needs and assisted you in your work. The theory behind it really isn’t all that different from voice assistants we have now, like Alexa, Siri, and the Google Assistant. It just pre-dated them by more than a decade and wasn’t voice driven.

I honestly think there’s room for a new “version” of a desktop assistant like Clippy on the modern desktop.

Now, before I get bombed from orbit, I realize that individual workflows vary significantly. How someone using a Mac works is significantly different than someone running i3 on Arch, so when I say that there’s room for a version of a desktop assistant like Clippy on the modern desktop, I don’t mean that to be for everybody.

I’m more talking about something like a less crappy version of the Bonzi Buddy. Perhaps a graphical front end for Mycroft that was more interactive and had the capability of anticipating your actual needs.

Integrating Mycroft more deeply with the OS could accomplish quite a lot while not selling your information to the highest bidder, plus it could give a graphical front end for the user to interact with.

Either way, I think the idea behind Clippy was a good one, even though the actual implementation was horrible. I think it’s time we separated the implementation from the intent and gave that intent another look.