How Many Terminals Do I Need?

Day 2 of the weird stuff I do on my computer for questionable reasons, today we're going to look at Terminal programs. I spend a great deal of time in the terminal. Once upon a time, that was a requirement to be a Linux user, but that's not the case anymore. So, why do I have three terminal applications in my launcher?

So, let's get this out of the way right away. I have way too many terminals. Even I know this, and yet I can't seem to change my ways.

92% of statistics are made up on the spot. — Probably Someone Important

This isn't even counting Guake, which is activated via hotkey and not via the panel. Technically I have four terminals I use on a regular basis.

I don't know. This seems stupid, even to me. I don't even use them the right way. Guake I use combined with screen to give myself almost a HUD. 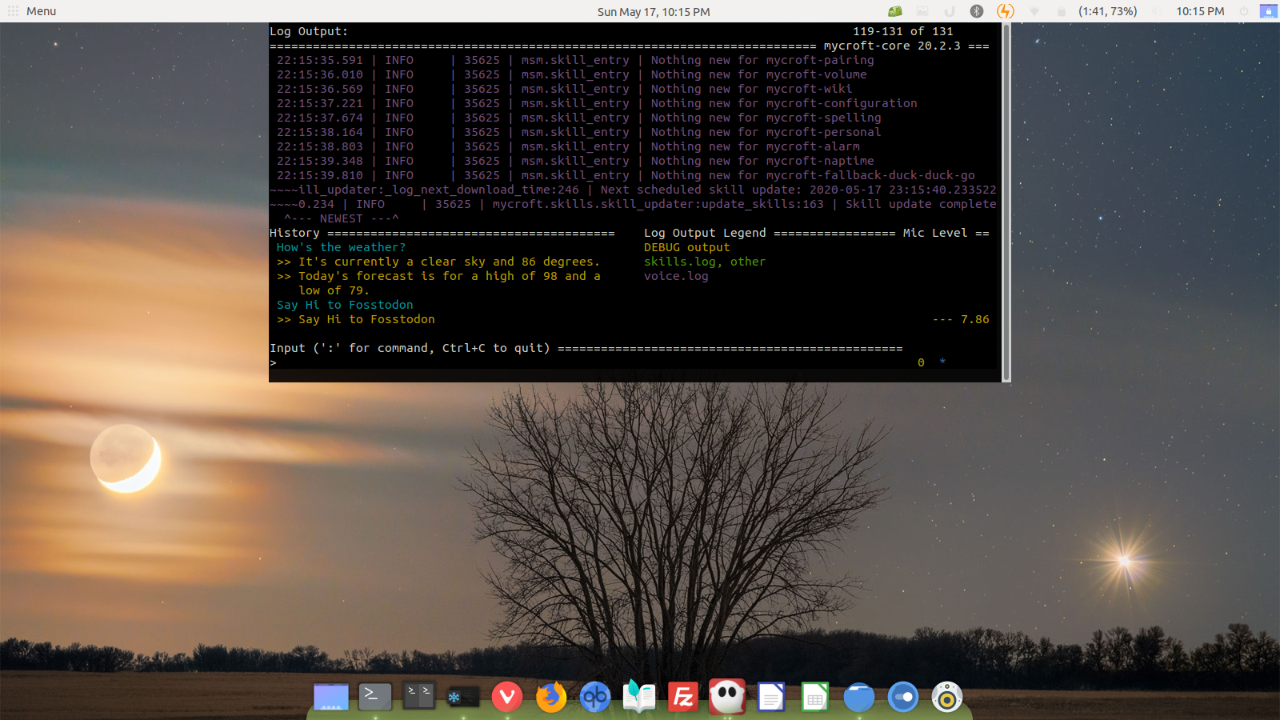 I run things like #Mycroft and htop or glances in Guake.

I use the MATE Terminal when I'm going to edit a file, or just don't expect to be doing anything super complex. It's got a clean interface that doesn't get in my way and it lets me focus on what I'm doing.

I use Tilix when I'm expecting to be doing more complicated tasks, like comparing logs on multiple servers or having multiple bits of code going at the same time.

I use Snowflake when I'm expecting to be doing more than one thing on the same server, like uploading a file to a Linux host to decrypt it and download the results, or if I'm starting and stopping services and want to watch the system monitors for that host at the same time.

Still, this feels like very weird overkill for me to have four separate terminals that I use on a regular basis. Am I the only one that does this, or is this just one of those things that everybody does and no one admits to?

Also, I believe this article counts as my #ScreenshotSunday and your daily dose of #UnixPorn. Just saying.