I've been feeling a bit under the weather the last couple weeks, so I've been slacking when it comes to my blog. Despite the close proximity of these two posts, this one is not about that.

So, I'm still not quite 100%, but before I picked up whatever it is that's been ailing me the last week and change, I had some plans for my laptop.

My primary laptop is a Gen 1 Lenovo X1 Carbon. 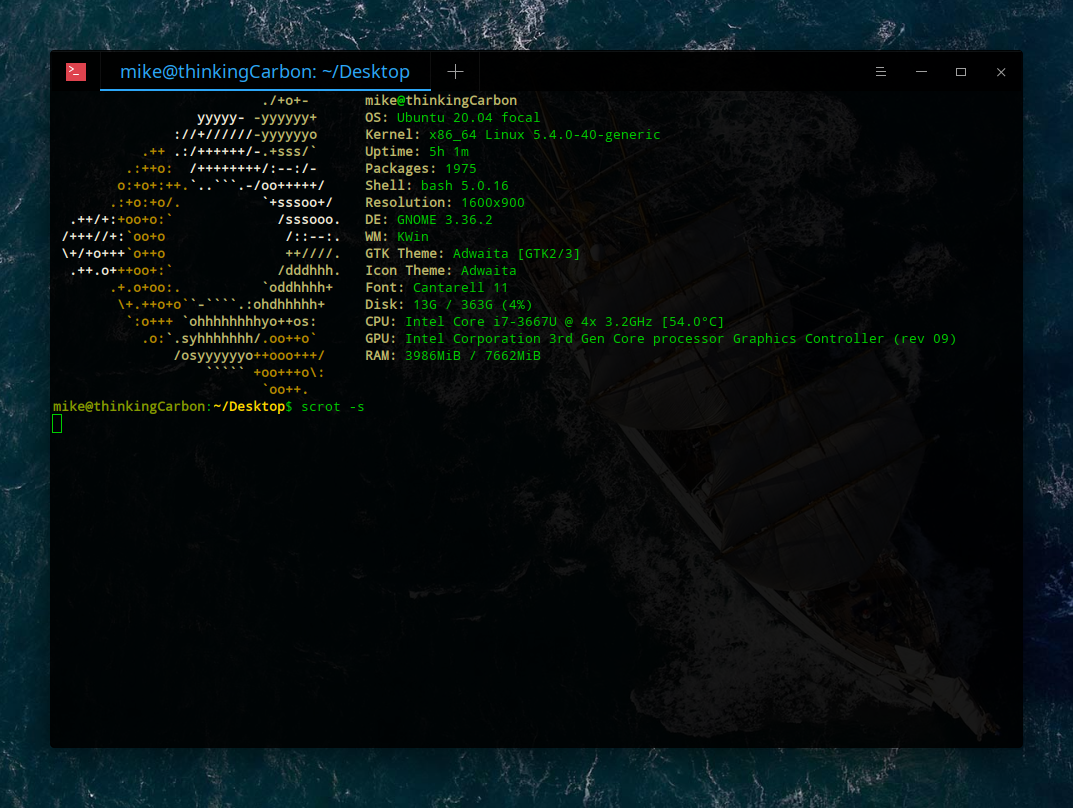 My only real complaint abou the whole system was that the battery just wouldn't hold a charge.

That's really understandable as the laptop is around eight years old. Finally, I decided I was going to pull the trigger and get a new battery for this old beast.

The installation was super simple. Six screws on the bottom of the case, snap the keyboard cover loose with a fingernail, and one more screw holding the actual battery in. After that, just pulled the cable, swapped the battery, plugged in the cable, and put the screws back in. Took all of ten minutes, and most of that was finding a screw driver small enough for the screws.

So, how did it come out?

94% battery in both cases, and the new battery has about 1.3 hours longer of use.

This isn't setting any records, for sure, but I don't honestly think it's accurate at this point. I took that screen shot prior to when I started writing this post, and now about fifteen minutes later it's reading 4.1 hours of battery life remaining.

The old battery didn't get that long from a 100% charge, so I'm calling this a win.

I'm hoping with a little extra battery life to get me through my day, I've added a year or so on the life of this old laptop. It's still really nice to use, and even at eight years old, it's still my go-to for most of my personal day to day tasks.

It's going to be nice to be able to use it on my couch instead of plugged into the wall.