Day 8 of the #100DaysToOffload Series:

I’m not going to go into the nitty gritty details of the system. Everybody has already read a lot of articles that have gone into more detail than I’m willing to go into. I’m going to try to give you my impressions of my actual use.

Before we start, let’s take a look at the system that I’m using. 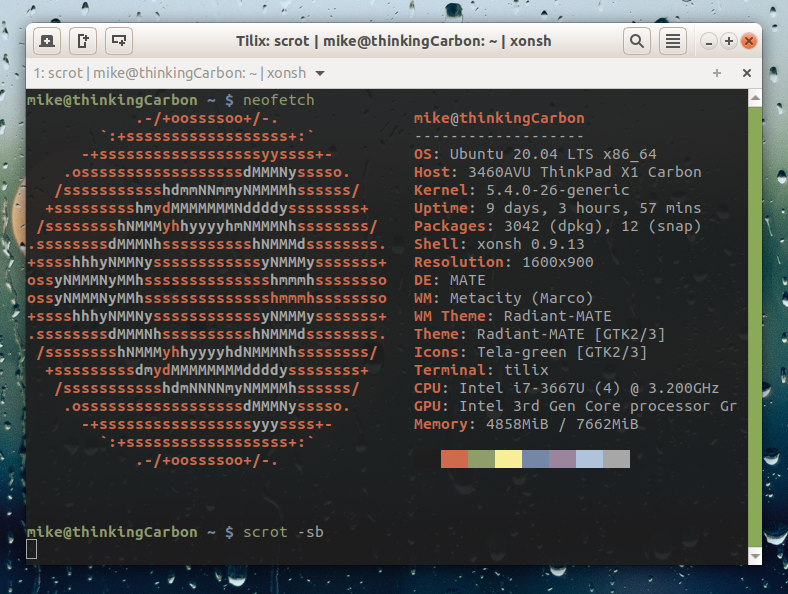 Here’s a quick htop of the system running not a whole lot. You can see the #Mycroft processes running in the background. 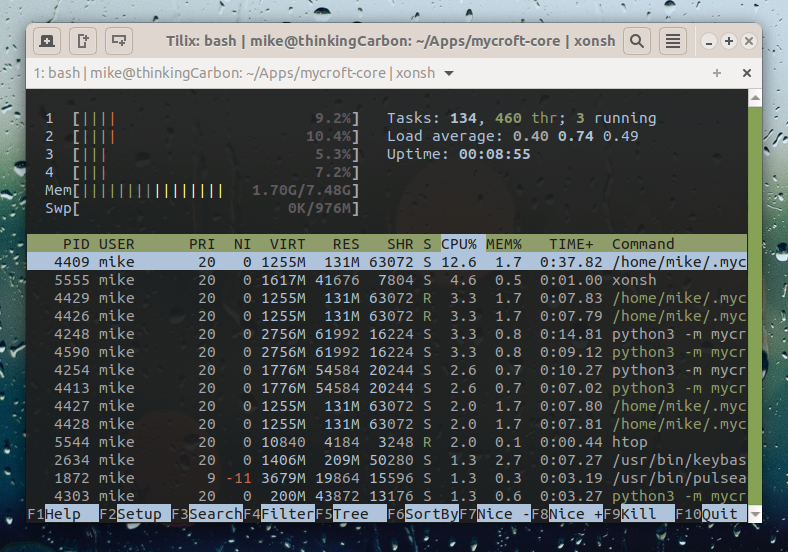 This is a pretty old system. It’s a Gen1 X1 Carbon. I didn’t buy it new, but Wikipedia tells me that the first X1 Carbon was released in 2012, so that should give you an idea of what kind of hardware we’re dealing with.

The system doesn’t look significantly different than it id in 19.10. I think we’d all be surprised if it did. When I did the upgrade, for some reason it completely wiped Ulauncher off my system. I had to install it like it was never even there, which shouldn’t have happened for a simple upgrade.

It also felt a bit more sluggish than it did with 19.10, but I shut it down and started it back up and ran some updates. Honestly, I can’t tell the difference in it’s performance anymore. It’s either that they resolved some kind of performance issues in one of the updates that I ran, or my system needed time to settle in, or I’m just used to the more sluggish performance now and it feels normal. Honestly, I couldn’t tell you which one of those is true.

All in all, the initial sluggishness of the system made me a little nervous. Since this hardware is close to eight years old, it might be time to stay on this LTS release. It’s due to be supported until this hardware is over ten years old, which is pretty good for a laptop.