One thing I love about Linux is it lets me sit back and not worry and just get things done. That doesn't mean there aren't fun things about it. One app I rarely don't have on my Linux system for very long is eDEX-UI. It works on Windows too, but... why?

This is how eDEX-UI is described on it's Github page:

That pretty much covers it. It's a UI with arguably useless UI elements on it just meant to look “SciFi-ish” or cool.

Don't get me wrong, there are things about it that are useful. There's a CPU utilization graphs, an available disk space display, top processes, and network traffic graphs. There are also several tabbed terminal sessions available. All off these things are useful information to have, but they're displayed in a way to be just plain fun.

There are some things that are useless as far as I can tell. The on-screen keyboard for one. This might be useful if I had a touch screen, or if I was using a tablet type device. I will be finding out after the Pinetab gets here. The other thing is has is a “World View” globe that's supposedly showing endpoints of your network traffic based on latitude and longitude. I'm not sure if the globe is actually doing anything other than putting random pins in a globe, but it sure looks good doing it.

eDEX-UI is mostly useless. It doesn't do anything you can't do outside of it, and it's unnecessarily resource intensive. That being said, the interface is fun and that's enough for me. If you want have people give your screen a second look when all you're really doing is editing text, this will do it. 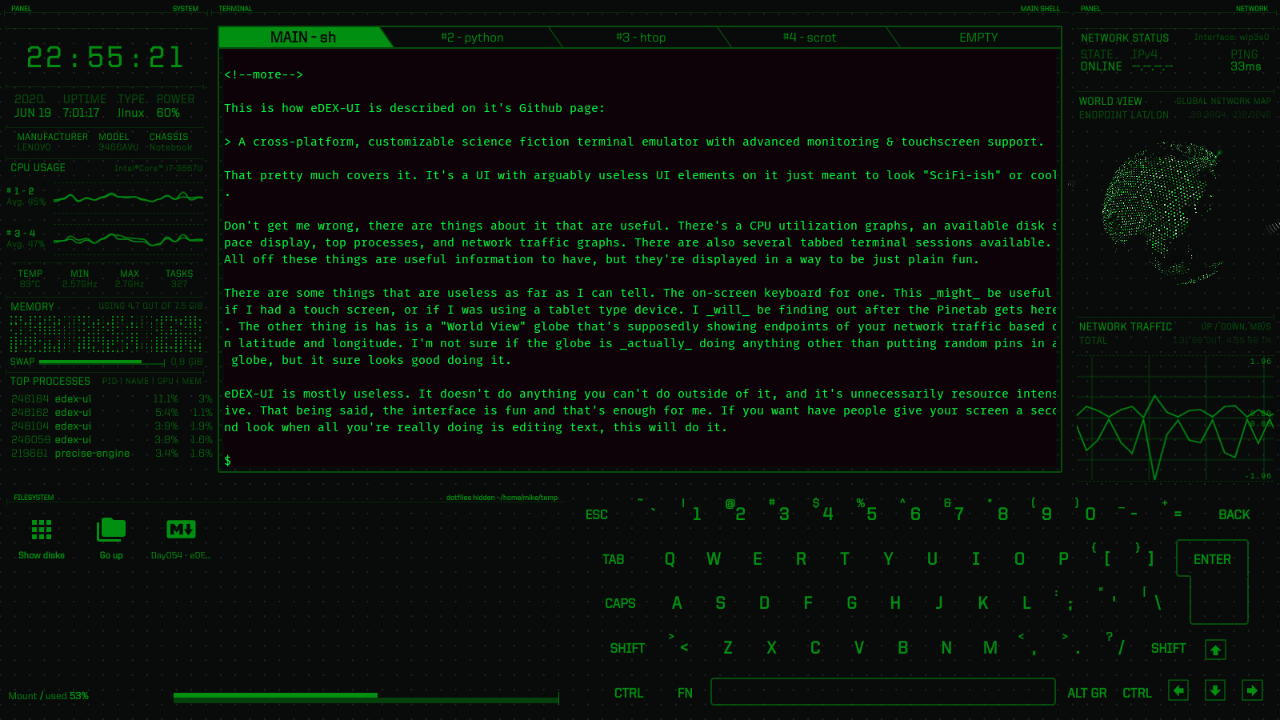