And now for something completely different. Comet Neowise. I’ve been trying to find it for days, and it has just not been going well.

I like astronomy, but to say that I’m an “amateur” would be a massive understatement. This is the equipment I have for anything astronomy related:

This is not a good setup if you want to look at anything in the sky.

A couple nights ago, I stood on my balcony with my wife and our pair of binoculars trying to find a comet. It didn’t go well. Needless to say, we failed.

We tried again the following night with similar results. We decided that this was just not going to work. It was too bright and there is a moderately sized mountain in the way of our view of the horizon.

It was decided that we would have to get out of town to be able to see anything. We drove south and ended up watching for it in the middle of a country road. We didn’t see anything again, so we moved further south to a rest area located off of Highway 10.

Honestly, I think by the time we moved, it was already too late. It was pretty dark, and my kids were well into the “whine” phase of the trip.

On the drive home, my wife suggested an alternate location for “tomorrow” (which is tonight), and I thought it was a good idea. Most of her ideas are.

Tonight, we stopped by Bahama Buck’s and picked up shaved ices (my favorite is the Sour Patch), and we headed south again. We got setup in the location my wife had suggested, and we waited.

Unfortunately, again things weren’t working out for us. We were having no luck finding it, which was weird because the area we were in should have been great for it!

Thankfully, another person there for the same reason pointed us farther west, and we were finally able to see it! It was much dimmer than I expected, and really hard to see. We would probably have given up without seeing it if not for him, so if he’s reading this by any chance of fate, Thank You! 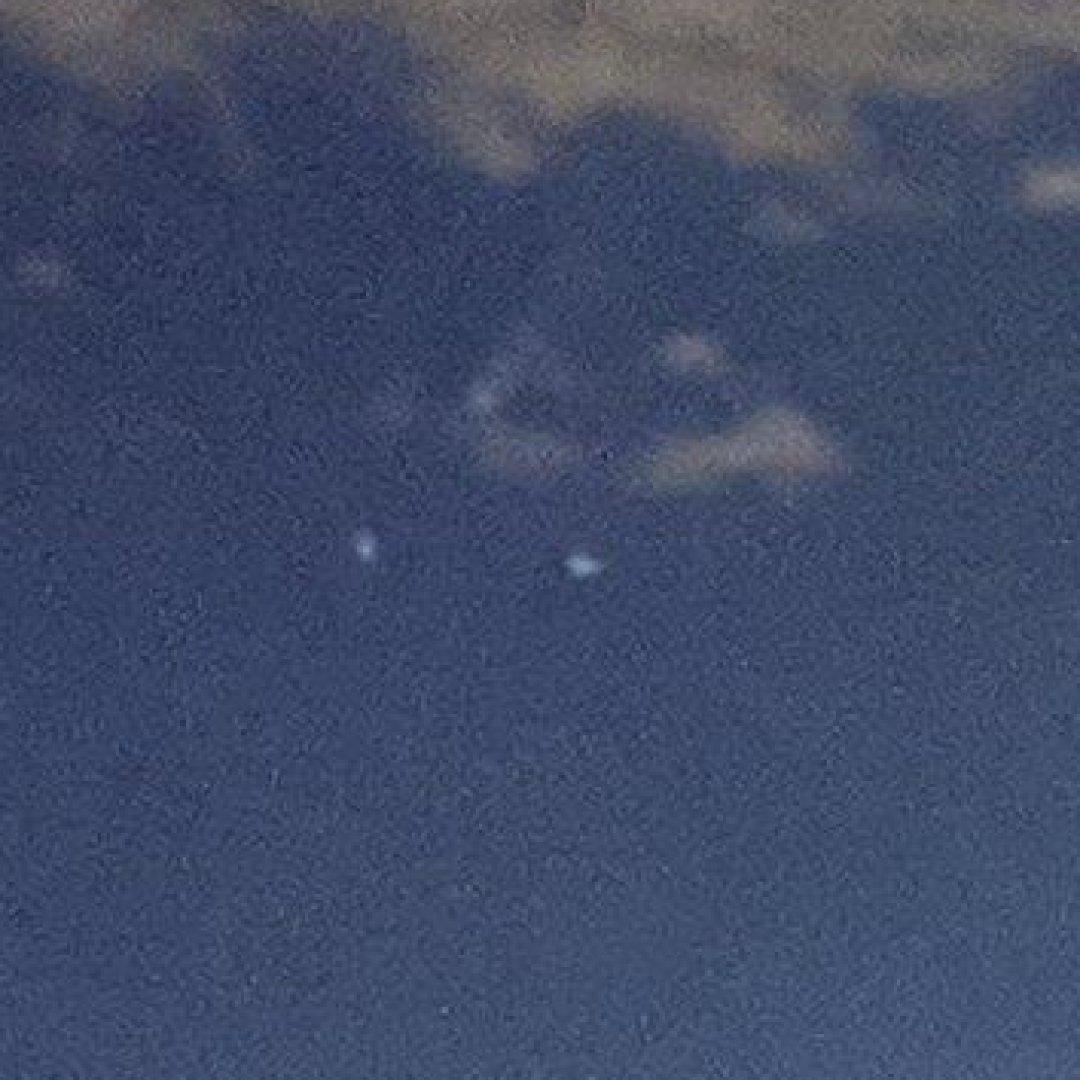 And there it is. The top fuzzy dot of the triangle there. I know this picture isn’t going to win any awards or show up on the cover of Astronomy Monthly, but I took it with my phone, and I was able to actually see the comet, which is amazing.

If you haven’t had a chance to go out and see it, I highly suggest it. I think you still have a few nights to see it for yourself.