On January 27th, 2010, Steve Jobs announced the iPad. This is ancient history now, and everybody has heard of the thing. It’s possible you could even be reading this very post on an actual iPad. How meta. I have to admit though, both now and at the time, my personal response to them was pretty apathetic. 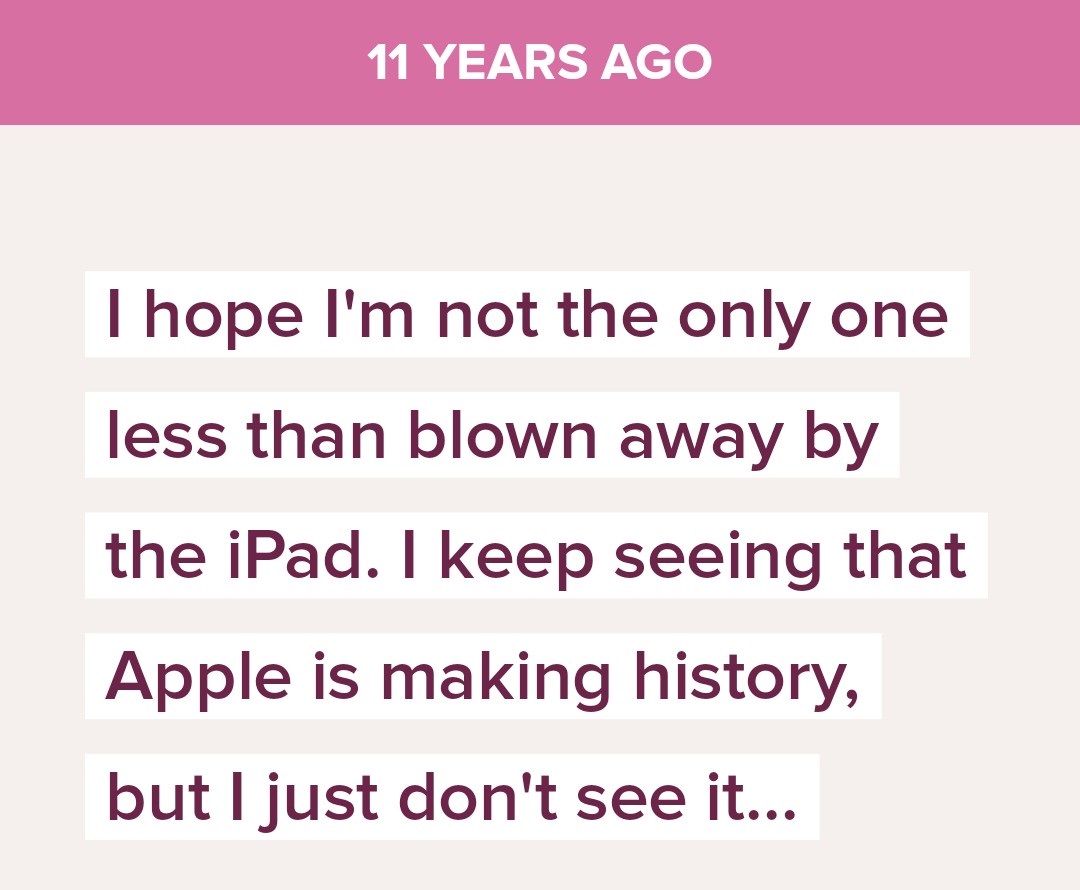 I posted this to Twitter eleven years ago and change. I didn’t understand why so many of the responses to the iPad were so… sparkly. To me, then and now, the iPad has looked like a glorified iPhone.

I’ve heard that the iPad was “historic”. I get it, it does stuff that the iPhone doesn’t do, but historic? What in the world justifies using that kind of terminology? It wasn’t the first tablet. It was quite literally just an iPhone with a bigger screen.

This isn’t to say that the iPad hasn’t been successful. I actually expected it to be at the time of it’s release. The Apple Reality Distortion Field is strong to say the least. Steve Jobs’s skills as a salesperson are undeniable.

Still, even today, I don’t understand what it is about the iPad (other than the RDF) that has earned it such high praise.

Maybe in 2032 I’ll understand. Probably not.