A Linux User's Day with a Mac

Several days ago, I was sitting at my desk minding my own business when a received a new email. This is a regular occurrence for me, as I’m sure it is with most people in today’s office workplace. With not even a thought, I open it.

It’s not what you think. I didn’t get a virus or get fired or anything weird. It was a message from our corporate IT department informing me that my computer was due for a “refresh”.

What is a “refresh” you ask? Well, that’s when they take your computer and replace it with a new one. To top it off, I’d been selected to be a part of our Windows 7 pilot program. Our company is finally moving away from Windows XP and upgrading to Windows 7.

There’s no getting out of this, so I dutifully copy all my files that I hadn’t already stored on the network drive to a location where they will be safe. The IT department wants my computer “First thing in the morning”, so I drop my computer off at 8:00. They inform me that it will be at least 3 hours before my new one is ready.

My choices are now simple. I can either do without a computer for 3+ hours, or I can find a different system to use.

Casting my eye around my department, there is only one computer currently unused. One of our test systems. A Mac.

How bad can it be I ask myself? I used Macs quite a lot back in the 90s, and for a while was the “Mac guy” at the computer shop, fixing people’s broken Macs. Apple has always been renown for it’s ease of use and beauty. It was only for a couple hours. I could handle this!

So, I’m sure anybody reading this is more than aware that my system of preference is Linux. I use Windows at work, but my home system is Linux Mint 12. I’ve made some changes to the default interface, and only use the top bar. I have no bottom bar. Most everything else is fairly stock.

My Thoughts on OSX 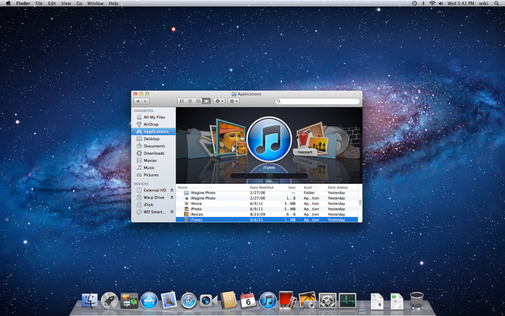 So, here’s where I tell you all about my experience. To put it as plainly as I can, it sucked.

OSX, like Windows, has this stupid bar at the bottom. In the bar are your favorite apps, and running applications. Why should this be on your screen all the time? I know that you can have the stupid thing hide, but every time your mouse approaches that part of your screen, it pops up like some hyperactive chiwawa. It’s as bad as Windows. This is not something that needs to be on the screen all the time. The only time you need to see it is when you’re launching something new, or looking for something that’s already running. 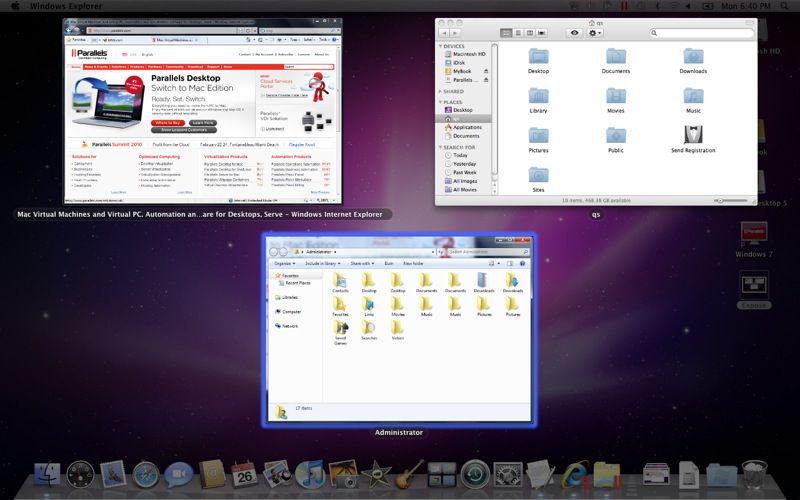 Exposé is actually the perfect solution for switching between applications, it’s it’s limitations in OSX make that impractical. Only applications not minimized show up in Exposé? Not smart. This is a much better way to pick between your windows rather than some nondescript icons where you can’t tell the difference between one terminal window or another. It effectively makes half of the dock completely useless. Why have that half of the dock when the functionality is better represented elsewhere? 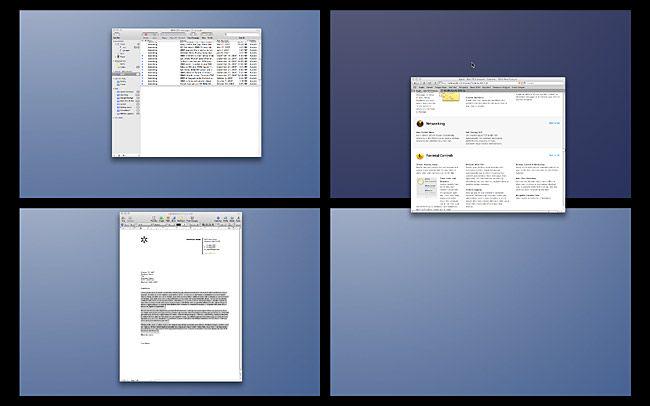 What kind of a half-assed hack is this? The functionality has been around in various forms of Unix since the 80s. It’s been improved upon and made very useful, but Apple’s version looks like something straight out of 1988.

Why the heck have both of them? In Linux Mint, hitting the super key on the keyboard brings up Mint’s Exposé type feature, with the virtual desktops along the right hand side of the monitor. They’re not seperate screens, and Windows can literally be moved from the existing Exposé type view to a completely different virtual space without leaving that screen. One screen, two functions. Apple’s method is straight out of the 90s, if that. It’s ancient, limited, and impractical. 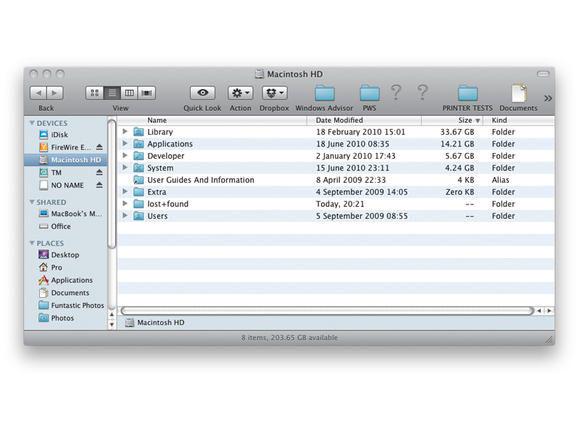 On the system that I used, the only icon on the desktop was the Macintosh HD icon. This icon opened up to show your standard file browser type appliation, but what is all this junk inside of it? It takes you to a location that looks like / on a Linux box. Why the heck would you want to go there by default? You need access to your files! When I open Nautilus on my Linux box, it goes to my home directory! MINE. /home/mike. Not some random location with crap that I’m rarely if ever going to want to go to. I mean, “lost+found” and “Library”? What the hell?

You’re probably wondering, what could possibly be bad about the clock? It’s a clock for pity’s sake. True, and as a time piece, OSX does very well. What I’m missing is functionality that I use every day in Linux but find sorely missing in OSX. Heck, even Windows does this. When you click on the clock on a Windows 7 box, you get a bigger clock and a calendar, as well as the ability to change your preferences. OSX is missing the calendar completely. On my Linux box, not only do I get a calendar, but on the right, I have a list of all my meetings. Below the meetings, I can open up my actual calendar application! Great functionality in the perfect place. Functionality sorely missing from OSX.

That’s what I found most about OSX. Missing functionality. Chances as making a good interface missed. In closing, I want to show you something. 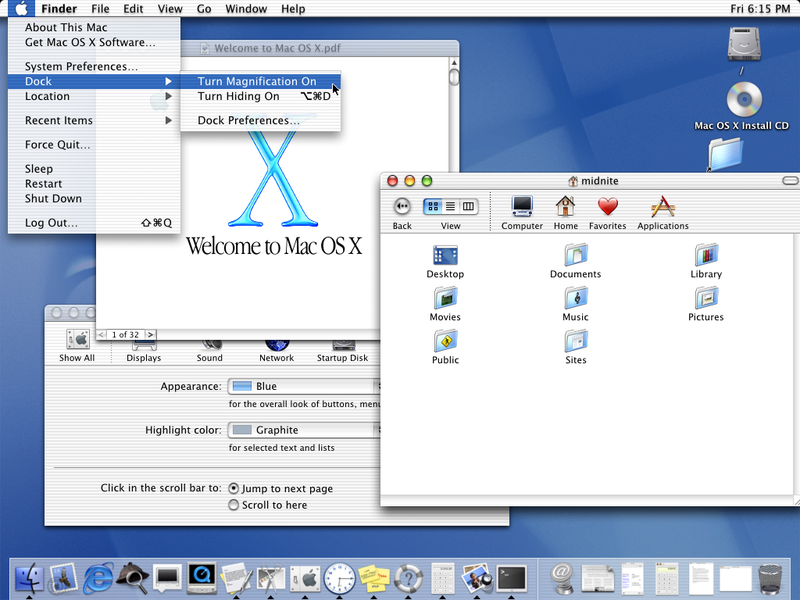 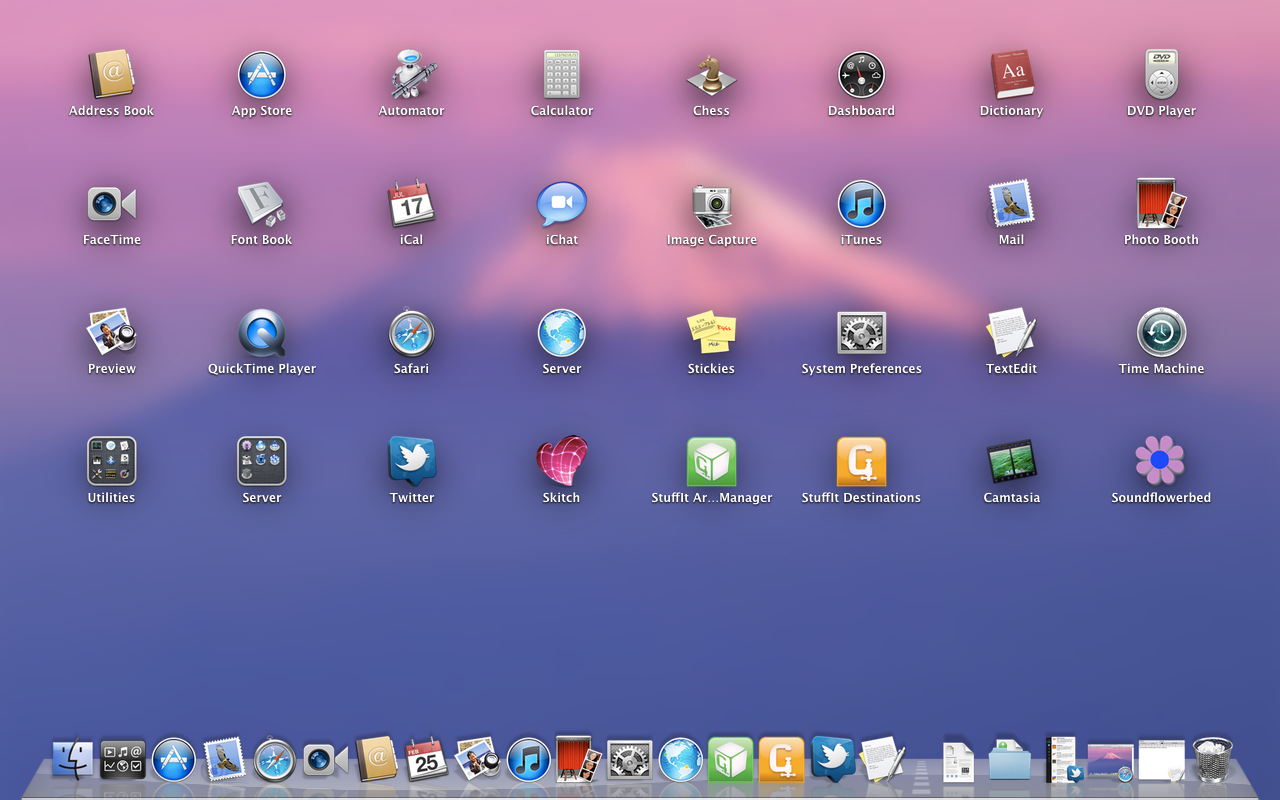 Don’t even get me started on this iPad type launcher turd.

So, how does the story end? When all was said and done, I was able to work in OSX. Corporate IT ended up taking 7 hours instead of 3 like I was hoping, so I ended up getting my new Windows 7 computer close to the end of the day. I can say it was with real glee that I ditched OSX to run (RUN I tell you) back to Windows (and that’s saying something). After starting some file transfers to get my personal files back on my hard drive, I gratefully went home, sat down in front of my “ugly”, “hard to use” Linux box and sighed with relief. I hope I don’t have to do that again for many, many years.